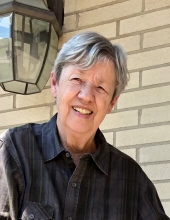 Arlene was a longtime member of the Hickory Hills Presbyterian Church.