Since our history of Roseland was posted on our site, I occasionally find new photos that could be added to the story. So that you don't miss seeing any of them, I'll place them on this page before I add them to their proper place in the history. There are other pictures from early Roseland that I didn't have a place for, but I know you'll find interesting, this will be their new home. Enjoy! 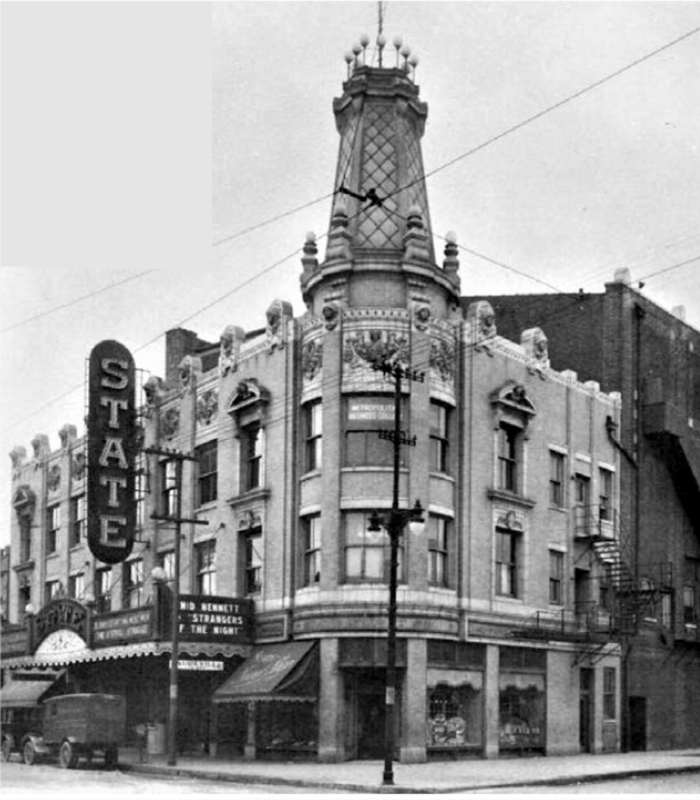 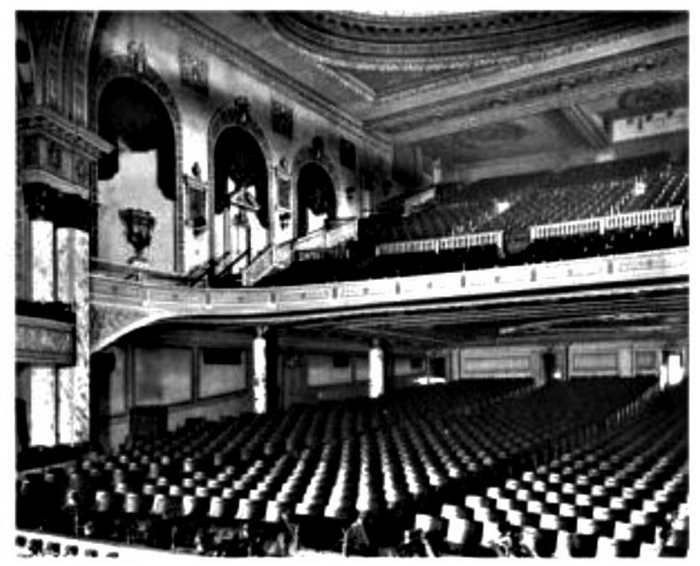 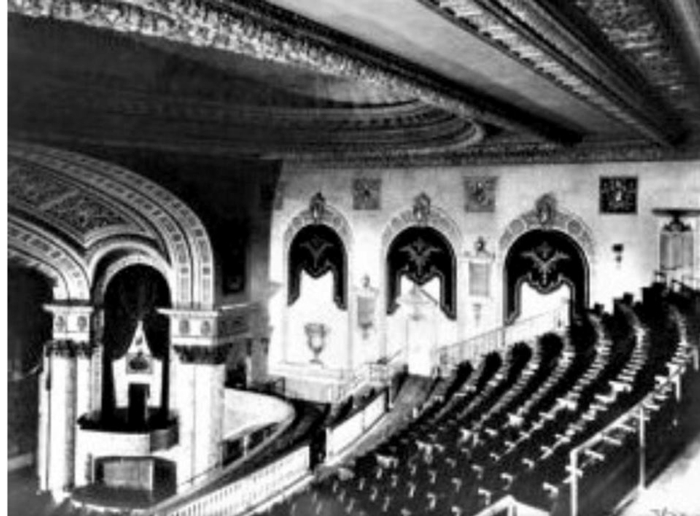 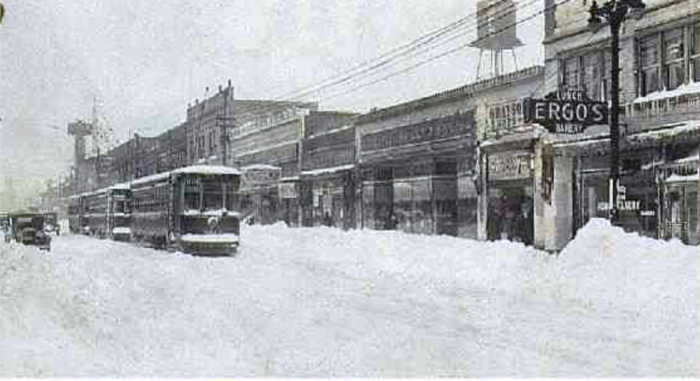 Winter Cruising down the Ave 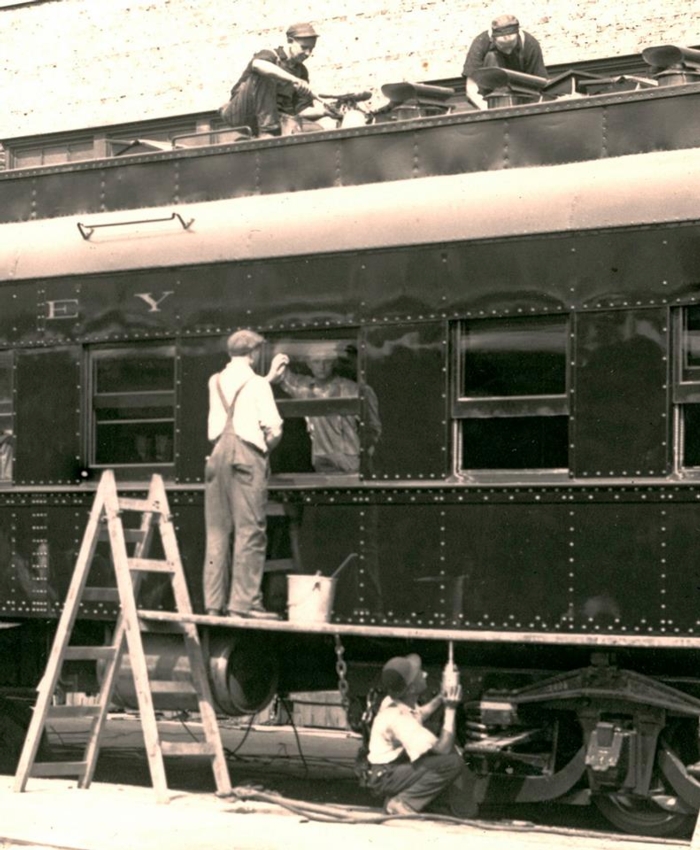 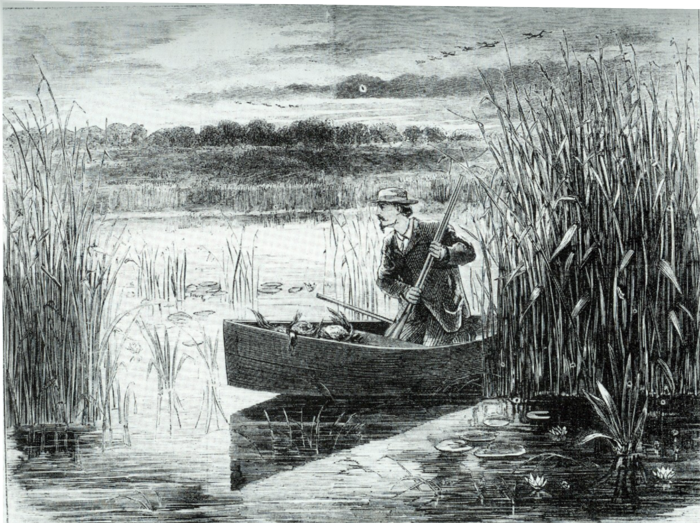 Duck Shooting on the Calumet River, circa 1960 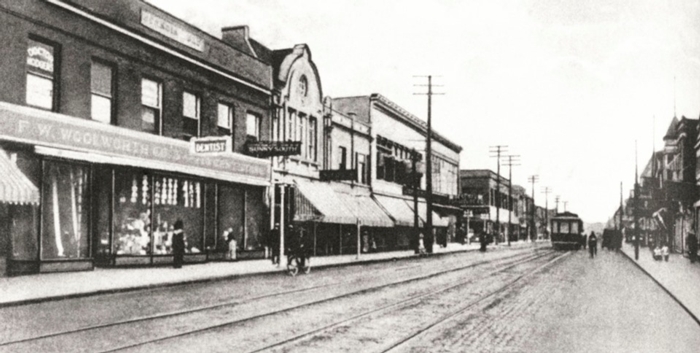 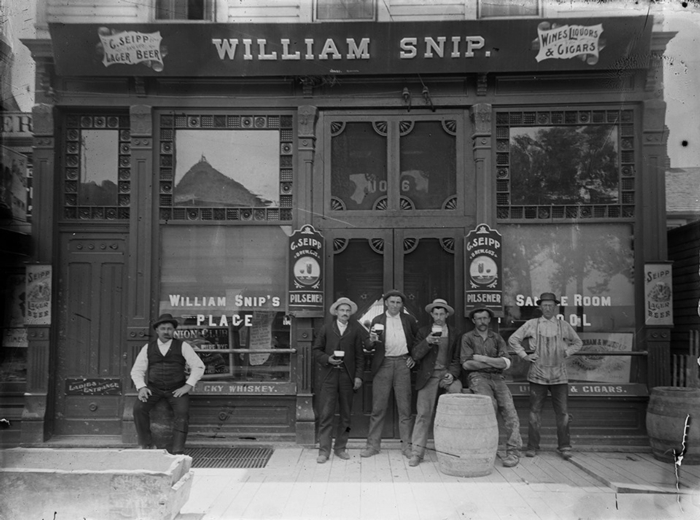 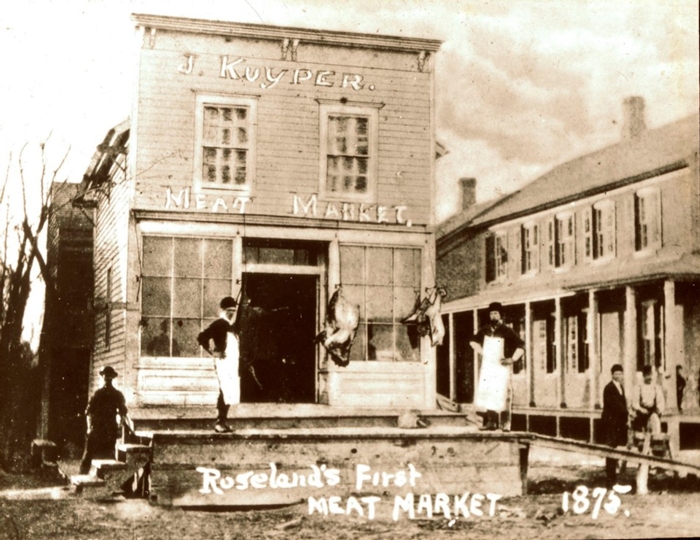 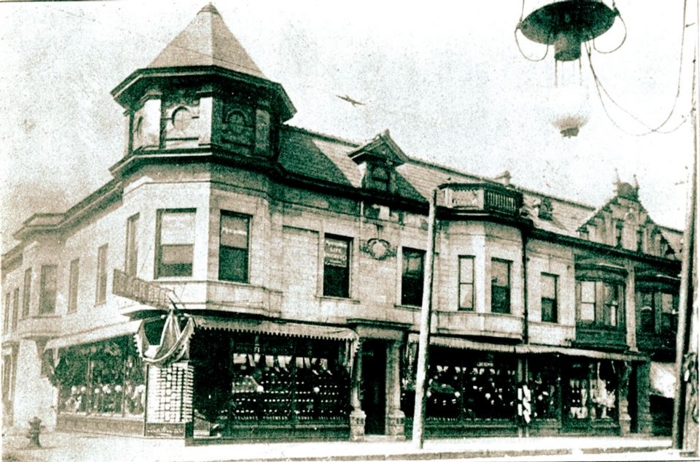 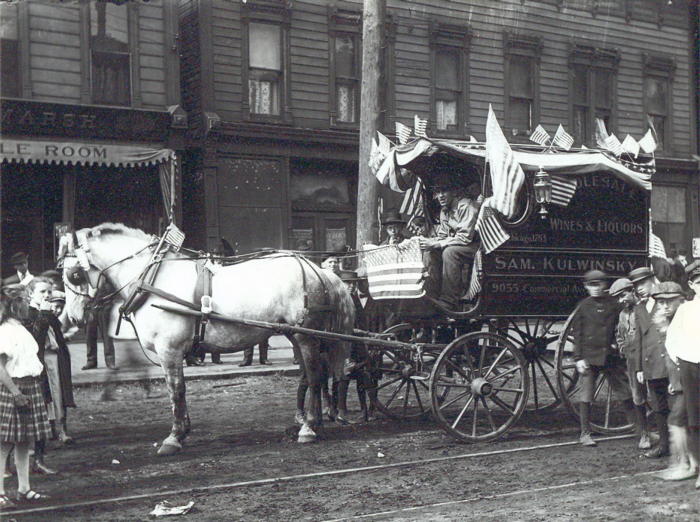 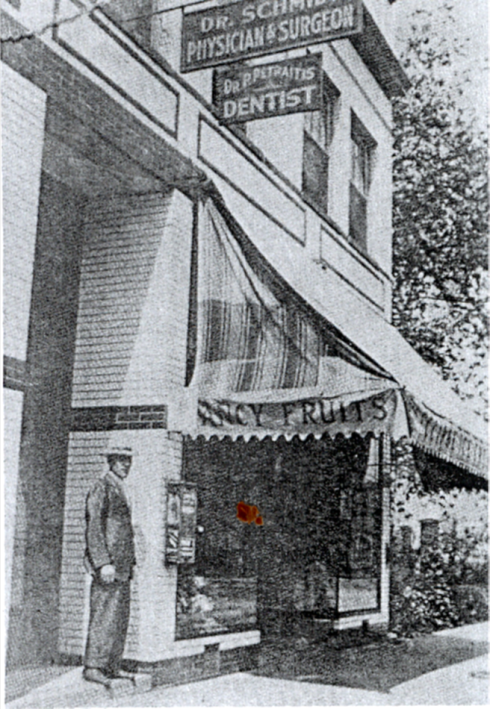 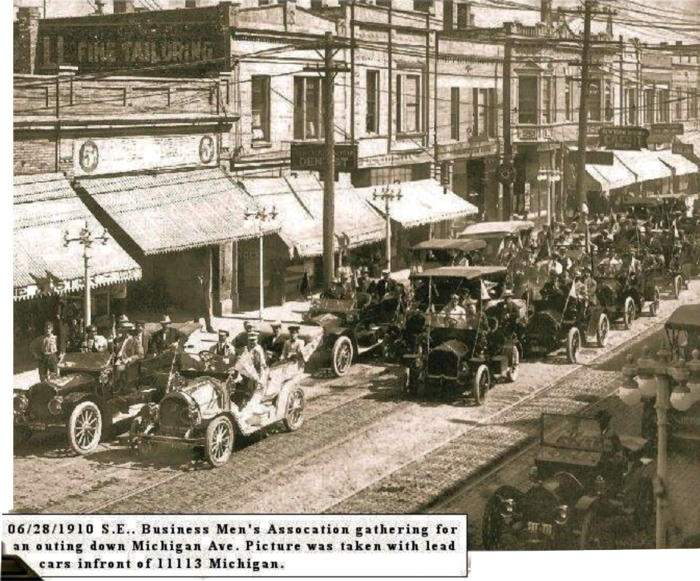 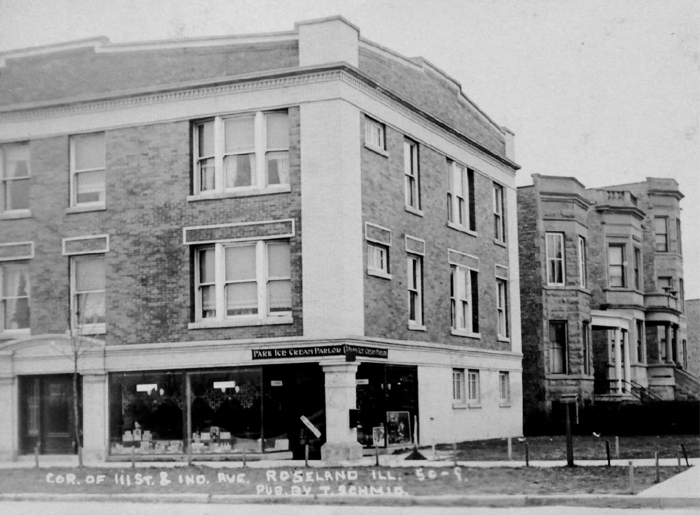 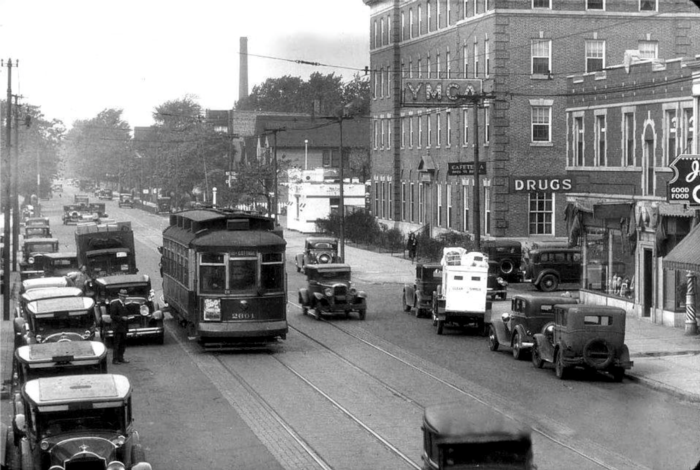 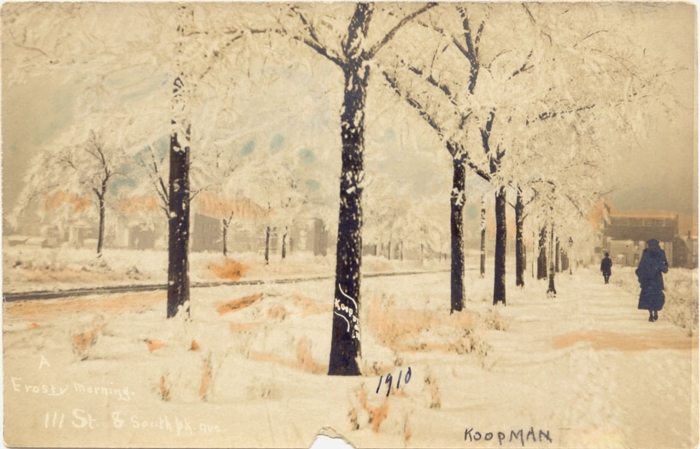 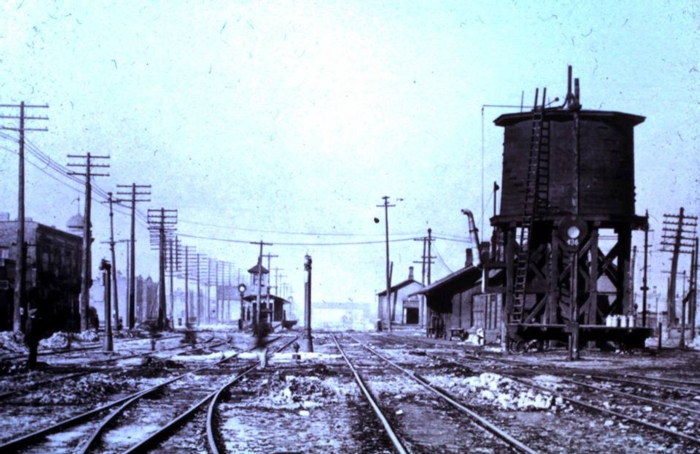 Looking Borth along the Illinois Central Tracks, about 1900
(Before the tracks were raised in 1915) 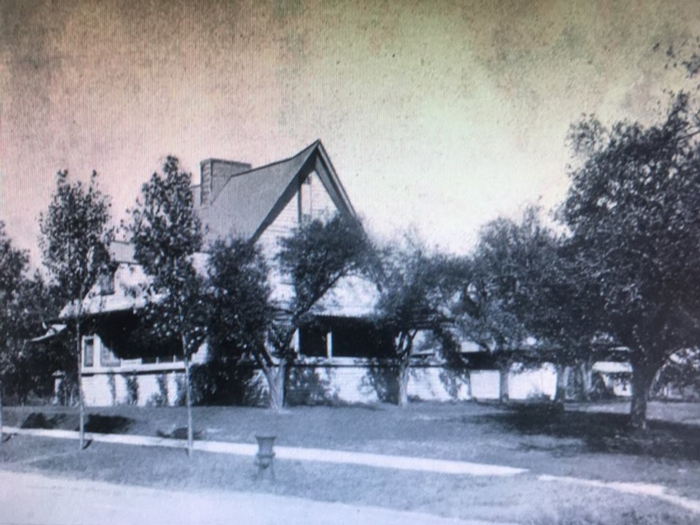 The Frank Lloyd Wright House at 122nd and Harvard, just after it was built in the summer of 1900 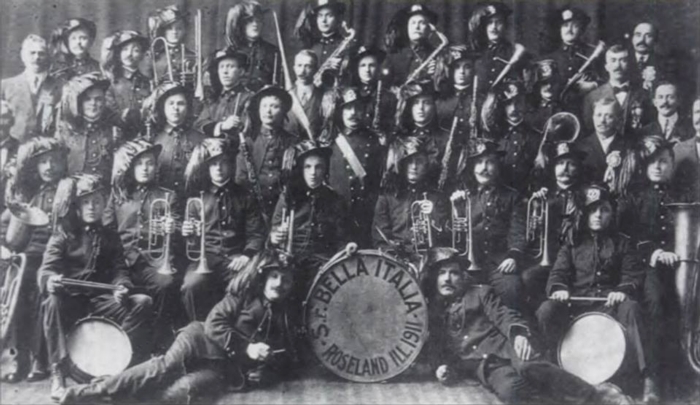 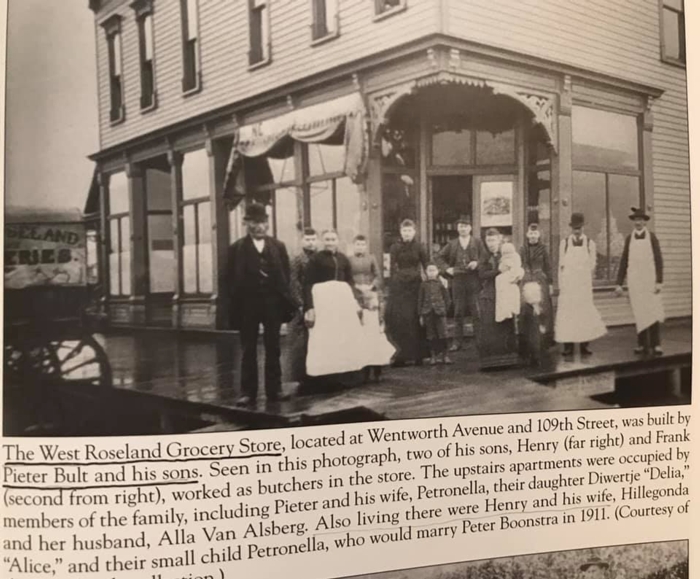 CAPTION: The West Roseland Grocery Store, located at Wentworth Avenue and 109th Street, was built by Pieter Bult and his sons. Seen in this photograph, two of his sons, Henry (far right) and Frank (second from right), worked as butchers in the store. The upstairs appartments were occupied by members of the family, including Pieter and his wife, Petronella, their daughter Diwerje "Delia," and her husband, Alla Van Alsberg. Also living there were Henry and his wife, Hillegonda "Alice," and their small child Petronella, who would marry Peter Boonstra in 1911.